Students regularly ask me about my views on ‘ capital punishment’. It is not, ordinarily an issue that requires me to pause and think – I am vehemently against it for a host of reasons.

Firstly, two wrongs have never made a right and even though quoted in the Bible, an ‘eye for an eye’ for me, does not justify anybody’s actions. Further, our friends in America are testament to the fact that the spectre of death row is not a deterrent to the commission of certain crimes – however bizarre and perverse that may seem to us, a legal system that abolished it many decades ago.

Notwithstanding all that, the more time you spend ‘in the law’ the more you voluntarily expose yourself to more legal stories. From the sublime to the ridiculous, the strange and mildly funny to the downright hilarious and bizarre.

Then, periodically, a story comes along that leaves you quite simply lost for words.

Liam Fee was two and a half when he died in March 2014. He didn’t die in some hideous tragic accident. He didn’t succumb to some disease or affliction. No, this little man was murdered by his own mother and her partner.

Maternal filicide is, sadly, nothing new – one can look back historically and see it has gone on for centuries. However, it does not detract from the barbarity and horror of this case. 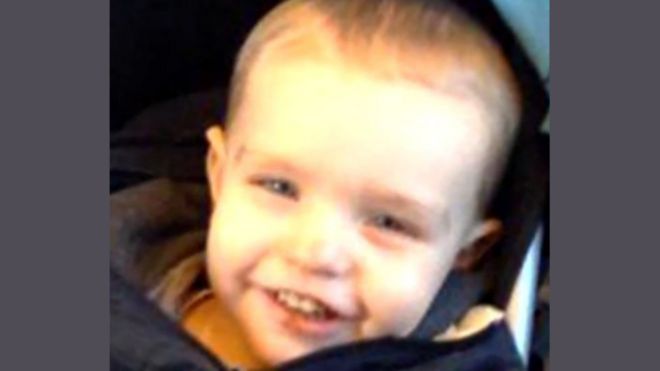 This little man was tortured to death. He had severe blunt force trauma to his body and died in ‘intense agony’ and ‘excruciating pain’ . He was regularly beaten and was often tied up by chains and kept in a ‘cage’ for hours at a time. He was treated like a feral dog. Death was a mercy.

It is difficult to imagine what that little lad endured. In fact it is more – it is utterly impossible. It is harder still to imagine what would possess an individual, or individuals to behave as his mother and partner did in the systematic and ritualistic abuse, torture and murder of a human that had lived for less than 36 months.

Liam’s mother, pictured above, right, gave birth to this little guy. Are we to assume that this was not a joyous event? Was he hated ( and doomed) from the start? But more of that later. Are these two ‘evil’? Have they acquired this evil streak or have they been born so? This is one of the oldest criminology debates around.

Cesare Lombroso was an Italian and has often been referred to as ‘the father of criminology’. He long suggested that criminality was inherited and that some could be ‘born criminal’. His work, from the mid-19th Century has been largely discredited by most modern day criminologists but there will, I suspect, be plenty who will resonate on his point in relation to these two. In a similar vein, people categorised Fred West, Brady and Hyndley, Peter Sutcliffe, and a host of others.

When we look at any criminal act, we general categorise the commission of it into knowledge, intent or recklessness. In the absence of one of these, no criminal act has been committed – see Harry Clarke and the Glasgow Bin Lorry case, as a prime example.

With these two, there has clearly been ‘intent’. Intent to kill, preceded by intent to inflict pain and suffering. They did the latter, no doubt about that.

So what do we do with people like this? Well, as a matter of fact we imprison them, if convicted. We deny them their liberty. In this case each was sentenced to more than 20 years.

The question will be – can arguably Britain’s most evil parents ever be suitably rehabilitated and be once again let loose into society?

Sometimes, I think Lombroso was right – I also sometimes think maybe we need to re-consider our stance on capital punishment, however radical that may seem.

Thanks for stopping by now……