Morning people and welcome to my latest ‘Digest’ feature.

So much to discuss and so little time…..as ever!!

First up is the sinister case of arguably the UK’s most prolific sex attacker ever – John Worboys. Despite being convicted of some 12 attacks, ( bad enough), it is thought that he may be responsible for in excess of 100. Yet, despite being incarcerated in only 2009 ( less than a decade ago), there is talk of his early release by the Parole Board.

I blogged about this some weeks ago but it was a relatively new issue then. Matters have spiralled since and there was a fascinating ( but grossly disturbing) documentary on him yesterday evening where several victims were interviewed, some extremely harrowing footage of the aftermath of an alleged attack was revealed and a deeply disturbing montage on his ‘previous life’ as a male stripper was revealed and the lurid acts that he had women perform on him.

There are undoubtedly 2 questions that arise from this case. ( There will be a lot more than 2 but 2 for just now).

First is the issue of his potential release and the message this will deliver. How on earth could anyone, and we must assume that the decision rested with a senior member of staff within the Parole Service, have reached the conclusion that an individual as sexually deviant as Worboys could possibly have been suitably rehabilitated after less than a decade. Secondly, and a question to pose from a Criminology perspective is what chance we have of ever rehabilitating someone with such intense sexual deviance and a propensity for power and harm.

Despite following this case since it came to light, I was shocked at his ‘old life’ and to see videos of him acting in such a disgraceful manner was quite shocking. Whilst there were seemingly so may that were willing to talk on last night’s film about his behavior, did none of them think at the time that what he was doing was wrong and, simply criminal.

We seem to have been bombarded over the last 12-18 months about stories so lurid and degrading that it makes it easy to simply despair. The alleged criminal actings of Harvey Weinstein followed by the gobsmacking allegations and revelations in Haiti and now a London cabbie. All this relatively hot on the heels of The Savile debacle.

Anyone who thinks we do not have a major problem with sexual deviance is deluded. 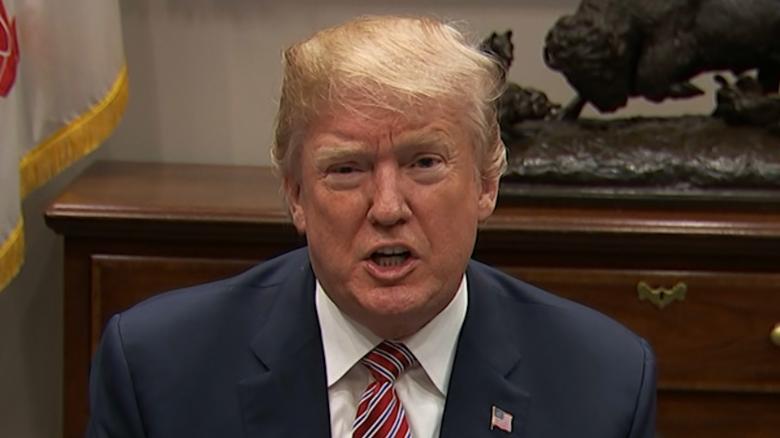 Ah, the man is just a blogger’s dream. And a journalist’s. There is barely a day, sorry an hour that goes by without something being ‘tweeted’ from him which just makes you simply shake your head in silence. Following yet another shooting in Florida, I see that he suggests perhaps arming teachers is the next sensible step. As he memorably put it, ” no sicko will mess with us then…”. There’s only one sicko around here, matey.

Another ill-times, uneducated quip which reinforces everything bad we already think of him.

As a ‘post-script’ to this, I am quite depressed that we are now becoming a little uncomfortably blasé with news of these massacres in America. We seem to have almost lost our surprise and revulsion, although I suspect that many are becoming so exasperated that some are also losing  some sympathy.

No matter how vile the whole issue is, the Americans love of their beloved second amendment will outweigh any revulsion at subsequent atrocities. There will, of course, be more of these shootings. Plenty. A ban is needed but will never happen.

That’s all for just now folks – thanks for stopping by and have a good day.