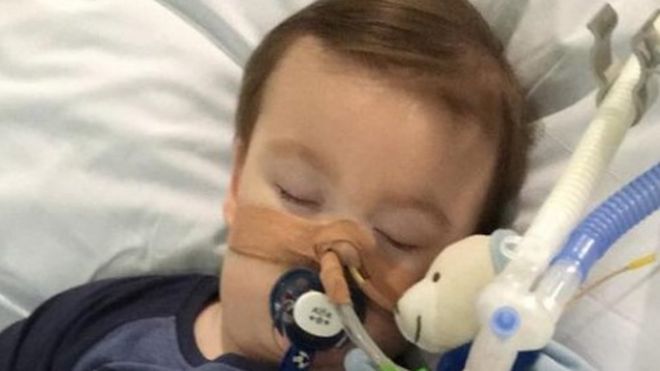 For those of you with an innate interest in legal matters, this latest ‘child-case’ will not only have tugged on the heart strings but, once again, has raised the uncomfortable relationship the law (in the UK) has in dealing with certain matters involving the ‘civil’ law.

In the criminal law, there is no grey area – it is the ‘state versus individuals’ and the aim, if you like, is to punish.

In civil law, it is all about ‘individuals versus individuals’ and the state would very much like if we attempt to sort out our own ‘disputes’, without resorting to the law ‘having’ to step-in. The aim of the civil law, therefore, is to provide a remedy – a solution.

I heard an Italian journalist on radio this morning saying that he and his fellow countrymen were perplexed at this case as, in Italy, the ‘last word’ always goes to the parents. But is this theory entirely satisfactory?

Last summer we all witnessed the unholy and undignified circus surrounding poor little Charlie Gard who appeared to be the subject of immense interference from a global audience. The Pope and even Donald Trump became involved and the circus that it became was a totally unnecessary public shambles . However, the case did raise some valid, if uncomfortable points.

We live in a democracy and, by and large, we are left to live as we see fit, subject to the parameters of ‘law’ that any civilized society would have as a framework for behavior. We know that if we step outwith those parameters we will be asked to explain ourselves and, if an unsatisfactory answer is forthcoming, we will be ‘punished’. The lines, in the main, are relatively clearly drawn. We may not, will not , always agree with them but they have nonetheless been laid out in a manner such that we, by and large, know what to expect. I may, for example, believe that I should be allowed to travel at 100mph on the motorway and can maintain all I like that I and others would be safe – however, the law begs to differ.

The cloud of uncertainty occurs when it is not so clear – enter the joys of the civil law. But, if and when we find ourselves unable to settle a matter who do we think will sort the issue out? Is it really for the totally biased subjectivity of us, as individuals , to decide on these matters? Perhaps it is but what of, for example, cost? Whilst we have unending support for little Alfie’s parents, and can understand their plight, the courts will only have the child’s best interests at heart. The ‘Italian’ idea that the ‘last word always goes to the parents’ is, in my opinion, utterly unsustainable and, in many ways, downright irresponsible.

Emotions, in matters like these are inextricably linked to the mind and the sense of rationale. How could we expect anyone to make a sound and reasoned judgement when also contemplating the unimaginable is going to happen to their child? Who would not ‘clutch at straws’ , in such a situation? Does that not give increased justification to the objectivity of external, impartial bodies in reaching conclusions?

To add unwelcome fuel to an already raging fire, is the bizarre and complete intrusion of ‘global interference’. The Vatican cannot surely think that, religious issues and beliefs aside, they are possibly helping an already inflammatory situation by granting residence to a little lad in a coma? Then there is the horrid modern-day concept of ‘rent-a-mob’, who seem to appear almost on demand in situations like this. They are doing the parents no favours at all and they themselves make a mockery of the plight by making overt threats towards the hospital staff. The law should simply intervene and prosecute, where appropriate.

I hope I never have to experience the living hell of Alfie’s parents. They could do with my support and prayers. I don’t see how I could be of help assaulting a member of the medical team or becoming part of mob rule outside an institution whose sole aim is, wherever possible, the preservation of life. This is not always possible – evidently it is not – but if that is so, let those people die, pain-free and with dignity.

Dignity is something a lot of people involved in this mess simply do not possess.

As ever, thanks for stopping by folks.