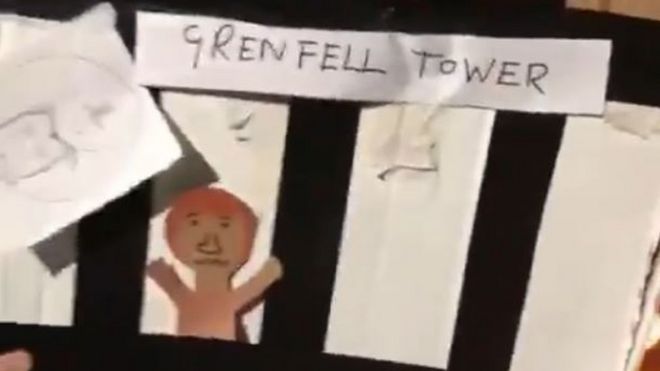 A ‘phone-made’ video emerged yesterday of a hallow’een event where one guest apparently attended with an replica of the Grenfell Tower, scene of a horrific and fatal fire in June 2017. It’s difficult to know where to start when narrating any sort of views about this, but we must try. The reason we must try is to scrutinise whether issues such as these, uncomfortable in the extreme, are examples of alarmingly poor taste or whether a line has been crossed into criminality.

It is an unpalatable subject-area and one where most of us feel mightily uneasy. However, it is one of the principal reasons I entered the law some 30 years ago and a major factor in creating this blog. ( Incidentally, I have neglected my ‘blogging’ duties of late for which I do apologise! Pressure of other commitments, I’m afraid.)

On Wednesday 14th June 2017 a fire broke out in the 24-storey Grenfell Tower in North Kensington, West London. It led to 72 deaths and shocked us all as a nation. The fire remains under public inquiry and an ongoing police investigation, so any further comment in that regard would be inappropriate. 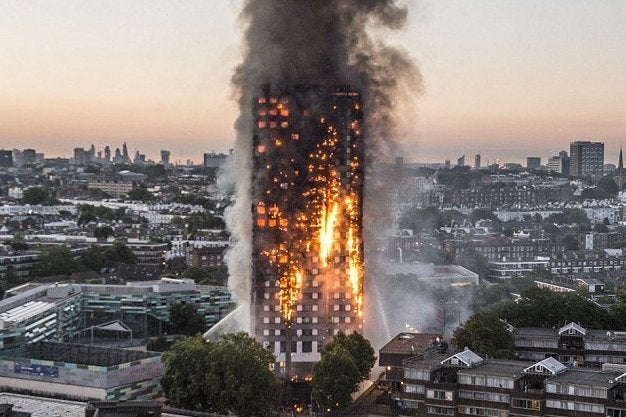 What appears to have occurred, on the face of it, at the weekend is that a carboard replica of the tower was brought to a party, complete with faux windows and ‘people’ drawn onto the side of it. It is then set on fire. As if that is not bizarre enough, laughter can easily be heard off camera with other people present heard to be shouting “Help Me”, “Jump out the window” and, at the end, “That’s what happens when they don’t pay the rent”. It is this last comment in particular and the use of the word ‘they’ that requires closer examination to see whether it is demonstrative of anything more than remarkably poor taste.

Most people, I’d wager, will be utterly appalled at this abhorrent and deviant behaviour. It certainly appears to be an inhuman and wickedly evil reaction to a disaster not yet 18 months old.

This morning,  5 men  were promptly arrested, having handed themselves in to Police yesterday evening. The question for uncomfortable scrutiny, however, is whether this is an act of criminality or alarming poor taste. If it is the former they should be robustly investigated by the full force of the law – if the latter, we may not like it, but will we have to accept it?

We certainly appear to have lost our moral compass totally in the UK -indeed maybe even globally – and issues such as this video only serve to sometimes make us despair at the state of humanity. But, as a race, we also have to accept that matters such as the gobsmacking rise of social media brings ideas ( and ideologies) from around the globe and from different cultures to our phones in a matter of seconds. Our hitherto own personal views and definitions of having an acceptable ‘moral code’ is now under question and examination and what might be regarded previously as repugnant behaviour is now being seen as ‘ a sign of the times’. Add to that our insistence that we have our views heard ( assuming we live in a country where ‘free speech’ is welcomed and allowed – as clearly not all are) and you have a fairly toxic mix of views, some of which make the rest of us wince with discomfort. But those views, whilst perhaps morally unacceptable to us, does not necessarily make them inherently criminal.

Nobody, far less this writer, is in any way condoning, in any form this video or it’s sentiment. It is as baffling as it is awful in its’ creation, implementation and reaction. However, is it ‘illegal’, rather than ‘immoral’?

A ‘hate crime’ is where the motivation behind it was motivated by hostility or prejudice based on disability, race, religion, transgender identity or sexual orientation. The ultimate question, from a legal perspective for the CPS will be whether the intention behind this macabre stunt was ‘motivated, intentionally’ to prejudice a group of people on the grounds of, inter alia, their race, for example. If it is deemed to have been a stunt with that motive then criminal charges should follow and the individuals concerned should be held to account. If however it was an illustration of alarming poor taste then should any action be taken against them at all? Will they simply suffer by being vigorously vilified on social media? At the moment, one of their greatest fears will surely be the reaction when their identities are released, which is inevitably only a matter of time.

There has to be, in a civilised, democratic society the right for individuals to express themselves in any matter they please, so long as they do not cross any line into criminality – not immorality. We may not like the views of others, and invariably will hear of examples of extremism which make us feel distinctly uncomfortable but that cannot be allowed to just result in criminal charges.

From a personal perspective I am utterly shocked at this episode – it says little about our nation and the moral code we would all like to think we have appears to have disappeared.

As a champion of free speech, however, I will always guard cautiously about allowing the lines between morality and criminality to be become ambiguous and unclear.

Thanks for stopping by folks – have a nice day.