Latest reports in Scotland have shown a near 10% rise in ‘violent’ crimes and, in particular,  sexual offences have increased by over 7% to almost 14,000 reported incidents. In light of what both the UK and Scottish governments have claimed to have done in the last few years, it appears a worrying trend.

In a ‘criminology’ sense I always tell my students that we must attach the word ‘why’ to all statements in an attempt to unravel apparent anomalies.

The official word from Police Scotland is that these statistics are not to be concerning, per se, but almost welcomed as it shows a (substantial) increase in the reporting of crime and especially so for those involving a sexual element. To me, this is too simplistic and almost trivialises  the seriousness of crime and .certainly, sexual crimes. 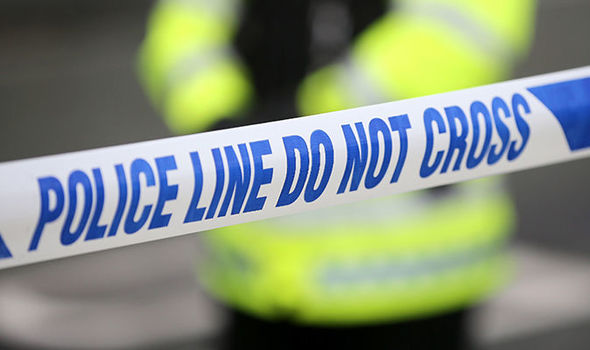 In order to fully and comprehensively ( and accurately) ascertain ‘why’ there has been an increase, we have to look at factors which many of us are fully aware of but seemingly regard as unimportant in why crimes are committed.

Once again, the ‘moral compass’ has disappeared from Scottish/British life and society and, again, we have to examine ‘why’. When I was growing up in the 70s, ( yes I know I don’t look that old but, alas, I am 😉) , I was raised by parents who taught me ‘how to behave’, the ‘difference between right and wrong’ and what was ‘acceptable and unacceptable’. Now, many decades later and with a lifetime in the law and teaching, I see little/none of those qualities and characteristics.

Now that is a sweeping generalisation and ,like all such generalisations, it clearly doesn’t apply to everyone but it does to a great many. There is a mass of people, many of whom have been born since 2000 ( the dreaded and much maligned ‘millenials’) who simply do not possess the intrinsic values that generations before them had – but, why? Social media and the instant nature of all forms of news ( fake and genuine), has had an enormous, almost cataclysmic effect.

There are a band of individuals who simply do not know life without social media. Consequently, there are massive amount of differing beliefs and attitudes, from all across the globe which we can access in seconds and which make many of us think that those concepts can be adopted. The fact is, however, we have to be ‘tolerant’ of our fellow man, at least if we are to be a civilised race. But we know that there is an alarming level of intolerance in society, in the world. So, when many people are exposed to behaviour to which they do not agree, they now often seek to ‘get their own way’ often by just ‘breaking the law’. That is totally unacceptable. Consider the current debacle at Anderton Park primary school in Birmingham.

The Headteacher there, in line with UK law ( The Equality Act 2010 and the protected characteristics contained therein) is refusing not to incorporate into lessons, books with ‘cross-dressing’ children,’gay families’ and the general exposition of the pupils, all pupils, to ‘LGBTIQA’ issues. Now, this does raise some interesting, if controversially rather uncomfortable points. If I holiday in Dubai, am I entitled to live my life as I would do here, in the West? Drinking, partying, clubbing etc.? No, of course not. We work on the basis of ‘when in Rome’. But does that extend to religious beliefs?Should an exception be made in respect of that? After all, this is at the heart of the Birmingham school debate.

My point though, is this and it relates, or exemplifies the subject matter of today’s blog. The parents of the children furious at the Headteacher not giving into them have resorted to sending her hate mail and messages and threats against her personal safety and wellbeing. In other words, they have simply decided to take the law into their own hands when they have not got their own way. And there lies one of the biggest problems and may go some way to explaining the rise in reported crime.

My feeling is now that society does what it pleases, including engaging in criminality whenever it doesn’t get it’s own way. But this  is not the mark of a civilised, law-abiding society. One that demands a moral compass.

Finally, there is the reason offered by the Police that crimes are being reported more and, especially with regards to sexual crimes there is no longer the feeling of shame that undoubtedly existed in previous years.